BaseballSoftballUK is excited to announce the appointment of Jon Rye to the role of MLB London Series Legacy Manager. 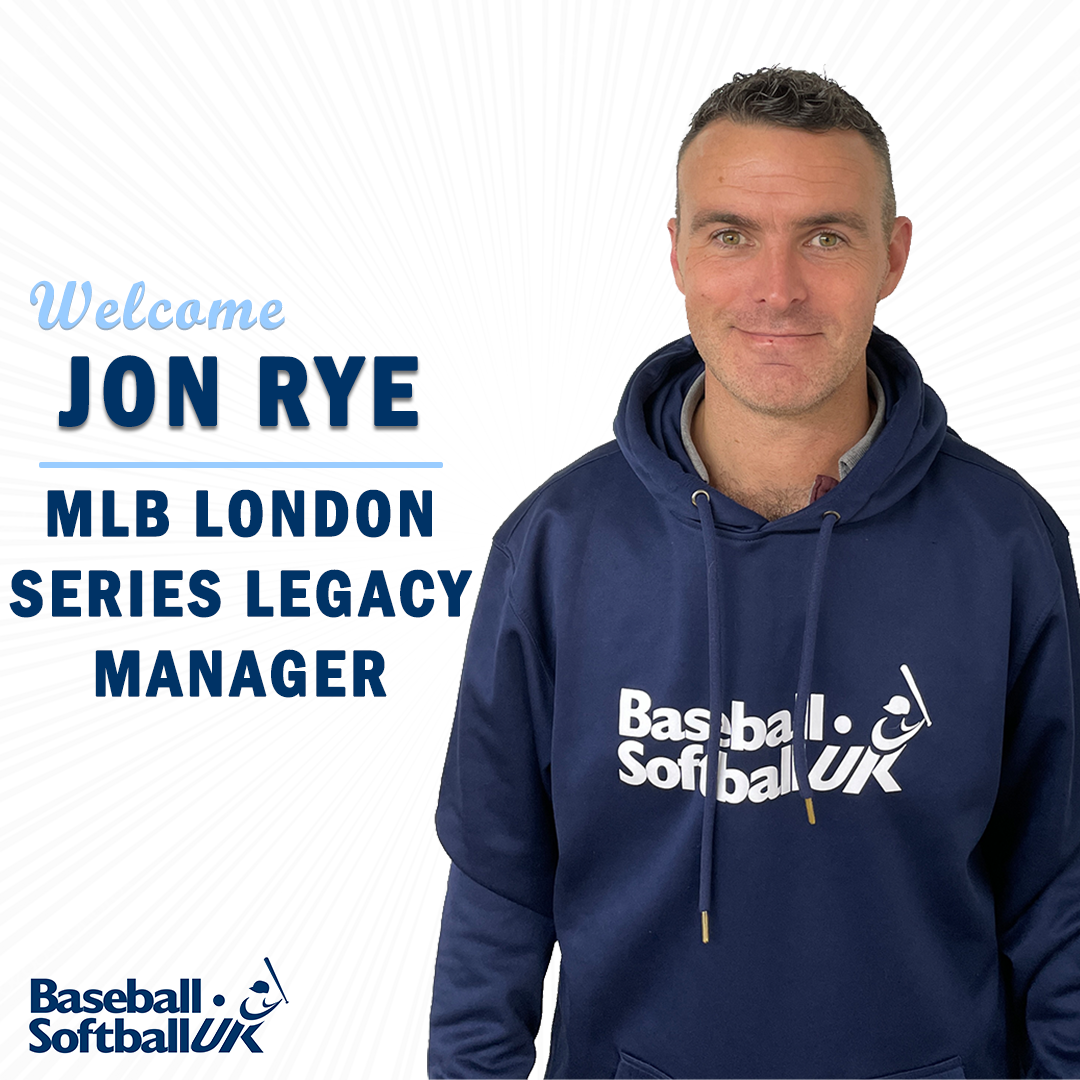 The role, working in conjunction with Greater London Authority and Major League Baseball, seeks to maximise the opportunities around the MLB London Series over the next four years. The legacy plans will cover aspects such as growing the participation base, strengthening the club and league infrastructure, and offering volunteer opportunities associated with the delivery of the games. Jon’s work will initially focus on managing the delivery of the MLB First Pitch programme to primary schools, engaging community groups in East London, and overseeing the volunteer recruitment programme.

Jon joins BaseballSoftballUK after ten years of running Bubble & Scruff, an education agency which develops educational programmes and learning resources to excite and engage children and young people. During the last decade, he also undertook various roles within the School Games programme; with Medway Sport; and for the Kent Trust for Youth Sport. Prior to Bubble & Scruff, Jon spent ten years in sports development and education, in roles with Medway Council; Youth Sport Trust; and the Organising Committee for the London 2012 Olympic and Paralympic Games. As a volunteer, he has spent many years on a Community Sports Club Committee, as a coach and official, and as the Education Manager at The Hockey Museum.

BaseballSoftballUK Head of Development Chris Rawlings said, “Jon is a fantastic appointment to our Development Team. He brings a strong and broad career working in sports development, allied with a well-developed skill set and prior experience of major event legacy work from the London 2012 Olympic and Paralympic Games”.

Jon commented, "I am delighted to be joining BaseballSoftballUK in a role where I can use a major sports event to inspire and engage communities in Baseball and Softball. I look forward to working with Major League Baseball, Greater London Authority, and other partners in London and across the UK."

Rawlings added, “Jon has relevant and recent experience of working in and with schools, having been School Games Organiser in Kent and previously Partnership Development Manager for the Medway School Sport Partnership. In addition, since 2012, Jon has also been running his own education consultancy and brings a well-advanced track record of resource and programme creation – both of which will be needed in the coming months.”