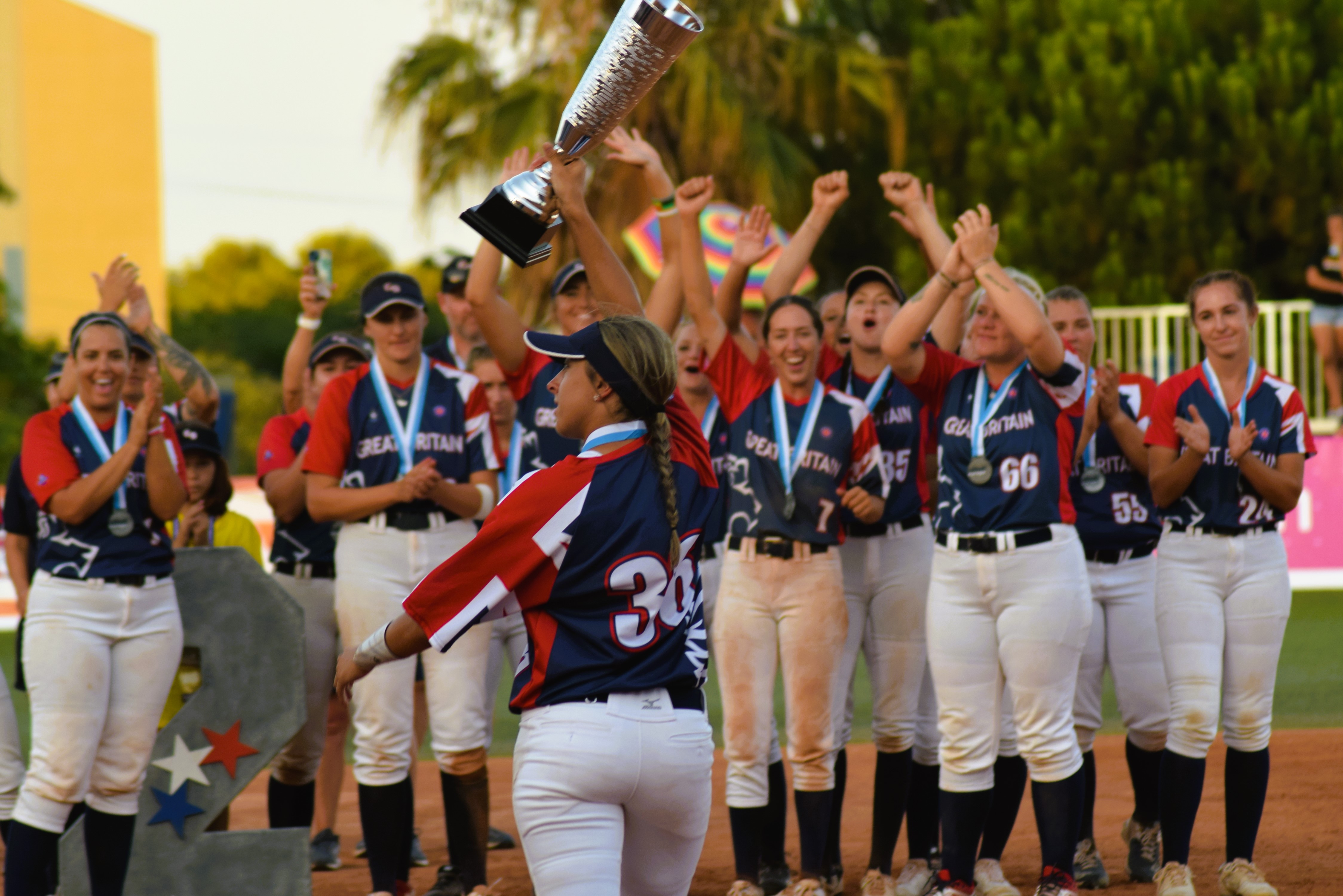 The Great Britain Senior Women’s National Fastpitch Softball Team achieved their best finish in European competition since 2009 on Saturday 30 July, winning the silver medal at the 2022 Women’s European Championship in Barcelona. Great Britain went 9-2 overall in the competition, including a win over Italy for the first time in Senior international competition as well as a win over the eventual European Champion, the Netherlands.

This year’s GB Women Senior National Team was the first Senior squad to compete since the programme was awarded UK Sport National Squad Support Funding in March 2021. As a result of this investment, the GB Softball programme, led by BaseballSoftballUK Head of Performance Systems Gary Anderson, received additional funding for coaching and staff, and was able to have its longest-ever pre-tournament training camp, utilising Bisham Abbey National Sports Centre and Farnham Park National Baseball & Softball Complex as home facilities while in the United Kingdom. The additional time and state-of-the-art training facilities helped elevate the programme’s preparedness for the European Championship.

Great Britain was led by a strong performance from Georgina Corrick, the 2022 NCAA Pitcher of the Year and first-ever NCAA Pitching Triple Crown Winner, who led the tournament with five wins, including a no-hitter against Germany, as well as 57 strikeouts – 16 more than her closest competitor.

On offense, Great Britain’s Lauren Evans and Kendyl Scott led the charge, with Evans registering a batting average of .542 while Scott led the tournament with 17 runs batted in. GB’s Katie Burge led the competition with five triples, while 17-year-old Tia Warsop stole six bases in her senior team debut, tied for second most on the competition leader board.

With the second-place finish in Europe, Great Britain has qualified for the Group Stage round of the World Baseball Softball Confederation’s  Women’s World Cup, to be held across Europe in Ireland, Italy, and Spain in 2023, with regional qualifiers from around the world taking part. The World Cup Finals, with eight teams competing, will be held in 2024 in Italy. More details regarding these tournaments will be announced in due course.

In addition, Great Britain’s silver medal performance helps kickstart the journey to the LA 28 Olympic Games, where baseball and softball will hopefully return to competition. With the receipt of National Squad Support Funding from UK Sport, and given the team’s success in Barcelona this year, the programme is expecting to qualify for the 2028 Games.

The team’s success would not have been possible without the support of key stakeholders, including UK Sport, Team GB, the National Lottery, the British Softball Federation, and BaseballSoftballUK, all of whom provided material or media support to the team during the training camp and European Championship. However, just as important was the impact of the coaching team and logistics staff, many of whom are volunteers and gave up their time and expertise to help the team achieve success. The British Softball Federation would like to place on record its sincere thanks to all the volunteers involved with the programme, both with the team and supporting from the UK.

Reflecting on the European Championship, British Softball Hall of Famer and Senior Team Head Coach Rachael Watkeys said, “This was a major step forward in the history of the programme and reflects the drive and perseverance of the team to succeed at Europe’s highest level.The result speaks for itself: silver at the European Championship is a great achievement and helps elevate the programme to a new baseline. I am immensely proud of the athletes and staff for this achievement, and thank them for their hard work, dedication, and drive to achieve this result. The future is bright for GB Softball!”

Gary Anderson, Head of Performance Systems, added, “This result is a great sign for the future of the GB Women’s Senior Softball Team. With a strong core of athletes, and a dedicated support team, this result is indicative of GB Softball’s strengths and establishes a new baseline for the programme. While there will always be work to do to improve the team and programme, I am immensely encouraged by this result and look forward to the team’s Olympic journey over the coming years.”