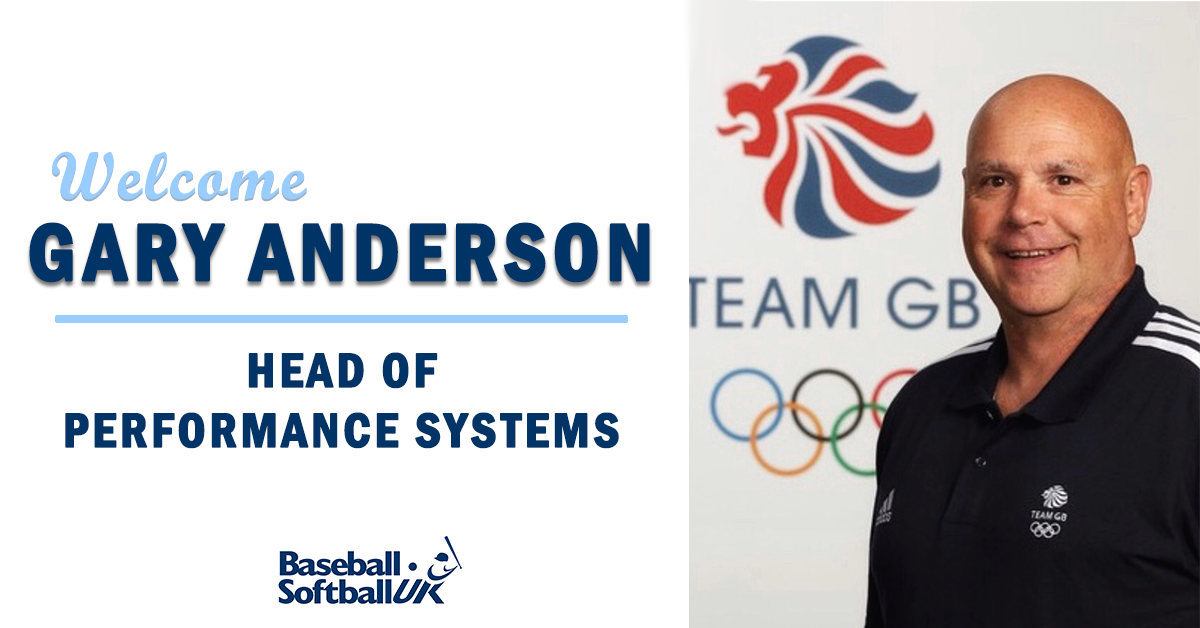 BaseballSoftballUK is excited to announce the appointment of Gary Anderson to the position of Head of Performance Systems.

Anderson brings more than 45 years’ experience in Olympic and professional sport to BaseballSoftballUK, as an athlete, coach, scientist and Performance Director. A native of Watford, Anderson has worked across multiple Olympic sports, including football, where he won the 1996 FIFA Fair Play award, and bobsleigh, where he assisted the British Bobsleigh team to a bronze medal in 2014.

Anderson has presented at conferences worldwide on performance planning and is a guest lecturer at leading UK Universities on training philosophy. In addition, Anderson authored his first book, “Winner’s Mindset” in 2021, and has appeared on a number of TV shows as a coach and consultant, including “Beat the Star” on ITV.

In his role at BaseballSoftballUK, Anderson will lead BSUK’s performance department, implementing systems for talent identification and development, and working towards the goal of qualification for the GB Baseball and GB Softball teams at the 2028 LA Olympic Games.

"I'm very excited for this new opportunity with BaseballSoftballUK,” said Anderson. “Baseball and softball have been growing across the UK for some time now, both at the grassroots and elite levels, and I’m excited to jump in and get started. This is an exciting time for the national programmes and I look forward to working with them both as the journey to LA in 2028 gets started."

"Gary brings a wealth of knowledge and experience to our organisation, and we're very excited to have someone of his calibre join the team," said BaseballSoftballUK CEO John Boyd. "We are excited to see Gary's impact on our elite programmes and look forward to working with him across the range of national programmes and teams."