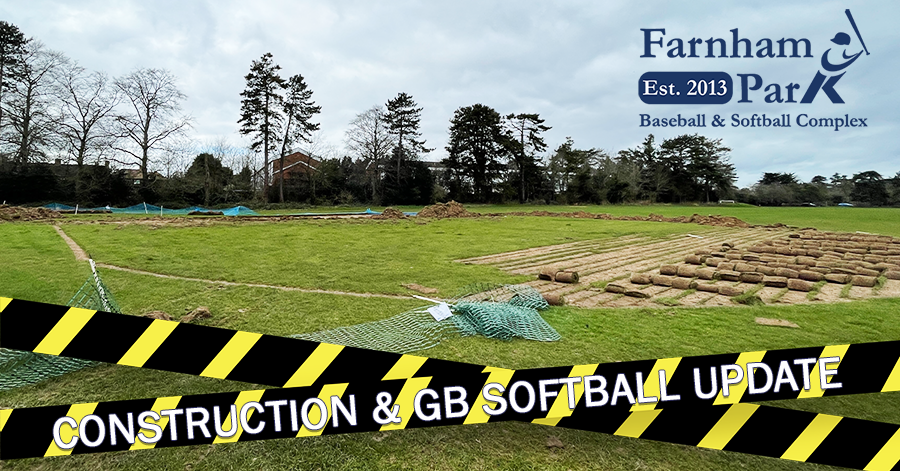 Farnham Park, the National Baseball & Softball Complex in Buckinghamshire, is set to play a key role in supporting the GB Softball Women’s Senior National Team in their campaign to qualify for the 2028 Olympics in Los Angeles.

BaseballSoftballUK (BSUK), the not-for-profit sports development agency that operates the facility, the only one of its kind in the UK, is undertaking a series of measures to get the national team game ready.

First, the facility has worked with the British Softball Federation (BSF) to create a hosting agreement to welcome all ten teams within the programme, ranging from Under-13s to Seniors in Women’s Fastpitch, Men’s Fastpitch, Co-ed Slowpitch and Men’s Slowpitch. These teams will be able to attend officially coordinated training sessions held on the purpose-built diamonds at Farnham Park, free of charge during the week, and will benefit from preferential Federation rates at peak times.

BaseballSoftballUK has also started the process of working with UK Sport to become an accredited Elite Training Centre (ETC), part of the network of facilities across the UK which include the National Sports Centres at Bisham Abbey and Lilleshall.  The purpose of an ETC is to enable World Class Programmes to achieve their objectives of competing at the highest levels, and a phased process will see gradual facility improvements at Farnham Park, including improvements for strength and conditioning training and coach technology.

Finally, work has commenced to create a fifth permanent softball diamond at the facility. Due for completion in time for the 2022 outdoor playing season, this will bring the total number of dedicated fields at Farnham Park to seven, of which two are combined baseball/softball fields. Part of the upgrade programme also includes resurfacing one of the existing diamonds on one of the combination fields so that it is a fully dirt infield, creating a better playing experience.

These efforts come on the back of last year’s National Squads Support Fund (NSSF) award from UK Sport for GB Softball to develop British talent, targeting not only the work required to qualify for the LA Olympics in 2028, but also the 2032 Olympics in Brisbane. BSUK assisted GB Softball in the application for, and successful award of, £288,750 for the senior team.

The Women’s Senior National Team’s campaign is being overseen by Gary Anderson, who recently joined BSUK as Head of Performance Systems.

BSF Administrator Bob Fromer added, “Most of our national teams, apart from the Senior Women’s Team, remain unfunded, so the opportunity for those teams to train at the best facilities in the country for little or no cost gives them an essential opportunity to prepare for their European or World competitions.”