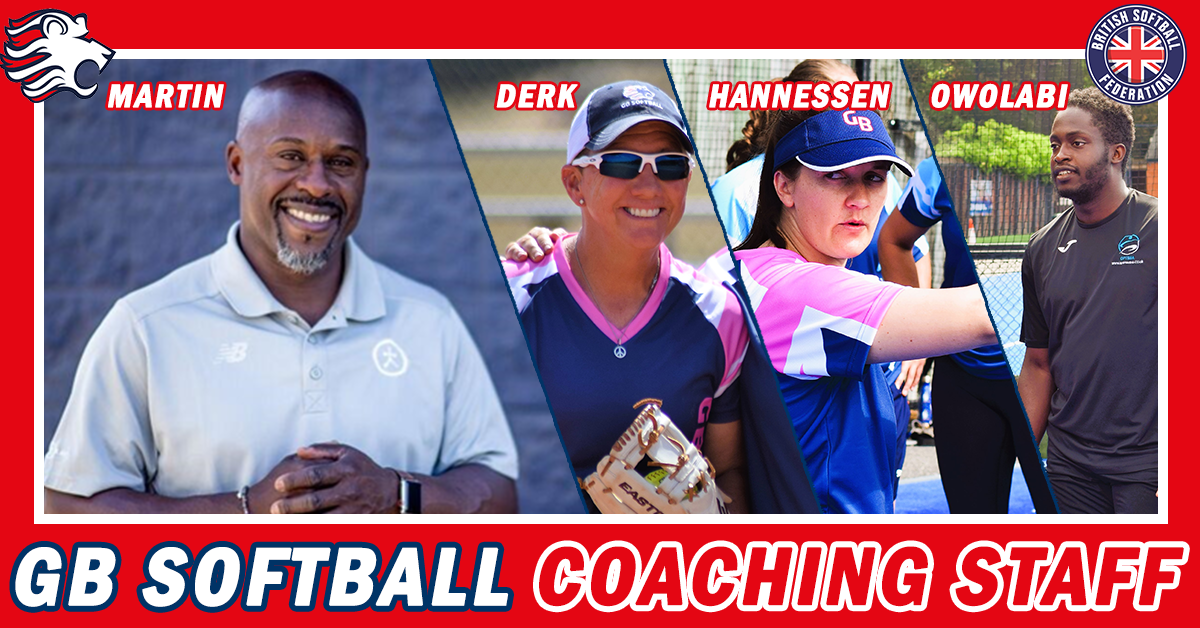 Lincoln Martin joins the staff as Hitting Coach and brings a wealth of hitting experience to the GB Women’s staff. Martin started his career as a professional player with four seasons in the Baltimore Orioles system before transitioning into coaching. He then spent 11 years as an MLB scout, working for the Houston Astros and Miami Marlins, and opened Top Tier Sports, a high-performance baseball/softball facility in Douglasville, Georgia, USA, in 2012.

Since opening Top Tier Sports, Martin has shifted focus to softball development, working with individual athletes as well as elite youth teams like the Georgia Impact. Martin is also an ambassador for Blast Motion, the wearable sports analysis tracker used throughout baseball and softball, and has been a guest instructor at many elite training camps and facilities, including The Hitting Vault.

Women’s Team Head Coach Tara Henry said, “As [Head of Performance] Gary Anderson and I discussed the coaching staff, we both agreed the need for top-tier coaching at every available position. In Lincoln, we have just that – a world-renowned hitting coach with a keen eye for development as well as performance.”

“I’m excited and eager to join the GB Women’s Softball Coaching Staff, especially at the start of such an important period,” Martin said. “GB Softball is on an upward trajectory on the world stage, and I’m excited to help develop athletes that will represent Great Britain with passion, ownership and excitement.”

Discussing the coaching and medical appointments, Head of Performance Gary Anderson said, "­­Linda has a very important role in ensuring that we manage the players across all age groups and her knowledge of the GB programme will be invaluable to the other staff.”

“Having someone with the experience and expertise of Dr Dean Chatterjee associated with our programme will ensure all our medical and science staff are supported appropriately as well as providing healthcare for our playing staff,” Anderson added. "Kim brings valuable institutional knowledge from across the GB programme and working with Dr Chatterjee, her work will ensure coordinated Sport Science from the top level on down.”

"Emmanuel's performance work with the GB Women's Team last year was highly valued by the athletes,“ said Anderson. “He will provide valuable information and create a training programme to help the team perform to their best."

The Great Britain Senior Women’s National Fastpitch Softball Team will next compete at the 2023 Softball World Cup Qualifier this summer in Dublin, Ireland in July. Tournament details will be announced in due course, with two teams from each Qualifier advancing to the World Cup Finals in Italy in 2024.