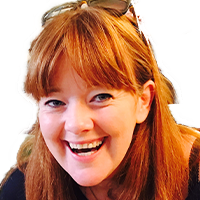 Jayne hail from Northern Ireland and started her career with Macquarie in Sydney, Australia. She then moved to Morgan Stanley and was based in London and Mumbai, before joining Barclays in 2006, where she held a number of roles across Control and Securitisation. Jayne left Barclays in 2013 to have a career break to look after my young family and in 2015 joined HSBC in London to run their Europe Stress testing team. In 2017, Jayne joined Standard Chartered where she is currently Global Head of Finance Operational Risk.