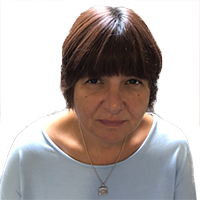 Jenny worked for BaseballSoftballUK for over fifteen years, first as Director of Baseball Operations and from 2005-2017 as Joint CEO and Head of Operations. During her tenure with BSUK, Jenny's particular focus and legacy was on strong governance, demonstrated in the high regard with which BSUK was held across sport. Jenny was an integral part of successfully securing Sport England investment from 2005-2019.

On leaving BSUK, Jenny took up the voluntary role of President of the British Softball Federation and joined the BaseballSoftballUK Board.

Prior to her time at BSUK, Jenny spent several years working with Major League Baseball, first running their various youth programmes and later as Director of Game Development. Jenny has also previously worked in social housing and ran a pair of independent cinemas in the Washington, DC area. Her current role is Bursar for a special needs school in Marylebone.

Jenny has run a slowpitch softball team, SPAM, for over 25 years and is a devoted New York Yankees fan.